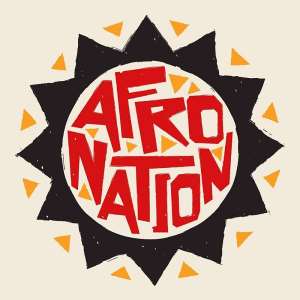 Ahead of the Afro Nation Ghana festival, SMADE, Co-Founder of Afro Nation said “Our only interest is to provide quality entertainment experience to our customers.”

If experiences shared by festival-goers and industry players both on social media and in mainstream media is anything to go by, then, organisers of the four-day beach festival delivered on their promise.

Aside the fun and great experience which organisers of Afro Nation Ghana delivered, the economic and social benefits of the festival which climaxed the “Year Of Return” celebrations in Accra from December 27-30 at Laboma beach can never be overlooked.

Afro Nation Ghana festival which witnesses spectacular production and entertainment experience saw individuals from different parts of the world travel miles via air/land to create memories and be part of the historic “Year of Return” celebrations which was formerly launched in September 2018 by the Akufo-Addo administration.

The 15-year-long tourism plan entails a strategy which seeks to increase the annual number of tourists to Ghana from one million to eight million per year by 2027. In the plan, Ghana’s travel industry is projected to raise $8.3 billion a year by 2027.

The number of people who visited the country as a result of Afro Nation and other competing events and activities, is a clear indication that Ghana as a country has been well placed on the global map. This clearly stimulates the growth of tourism and other businesses in the country. These visitors spent money both on and off-site which generate revenue for businesses within the communities in which they visited.

Contrary to claims by some individuals that the festival was not beneficial to Ghana as a country, the Afro Nation brand which rides on the promotion of anything African, since the announcement of its return to Africa, contracted several local companies, suppliers, construction workers and vendors as part of their contribution and adherence to the local content rule. One hundred and fifty labourers were engaged each day to handle various responsibilities during the four-day festival.

Afro Nation again provided business opportunities to local real estate companies where executives and artists billed for the festival were hosted to a tune of thousands of dollars.

In addition, the festival also attracted high profile individuals in entertainment, fashion and business. Some of these individuals who flew in from miles away to witness good entertainment did it out of love for African music. The A-list artists billed for the event also speaks to the fact that the Afro Nation brand is not interested in profit maximisation rather keen on providing all and sundry the best performances from these global entertainers.

Afro Nation again served as a platform for the promotion of our local artists such as Shatta Wale, Stonebwouy, Becca, Efya, Kidi, Kwame Eugene and a host of other Ghanaian artists who mounted the gigantic world-class stage to entertain their fans.

Several individuals have shared their unforgettable memories made at the beach festival.

One such individual is newly wedded couple Caesar and Ellen who couldn’t resist the fun-filled experience “we are lovers of music and although we have been standing for long, the ecstasy at the festival grounds makes you forget about your aching feet” they expressed.

The festival in my view has a lot to offer Ghana in tourism, business, aviation and entertainment. It is, therefore, not surprising that most individuals who had a feel of this spectacular display of world-class show and appreciate the commitment exhibited by the team, have begun asking when Afro Nation 2020 will be announced.

Interestingly, Ghana is the first country selected for the festival’s African debut. The big question is: Will organisers of the festival want to return to host another Afro Nation festival in Ghana?